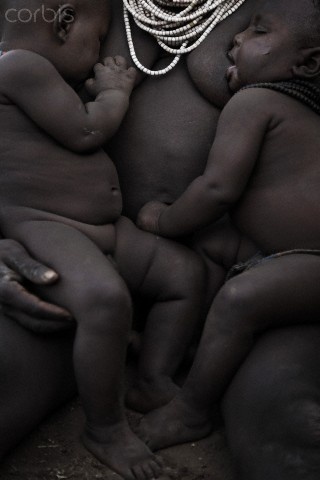 ‘Could I be pregnant?’

That question was ringing in my head when I was experiencing the common early symptoms of pregnancy a few months ago. I was so stressed that I even feared taking the home pregnancy test. The idea of getting another child with a small  baby at hand was suffocating me.

How will I deal with two crying babies at once?

How am I going to afford their needs?

How will I breastfeed two babies at the same time?

Wait, how will I even hold two babies at once?

Have I ever seen mothers of twins breastfeeding before?

My curiosity took me to the internet in the middle of the night and there I learned about tandem nursing.

Most mothers, including me, who breastfeed exclusively are under the assumption that exclusive breastfeeding can serve as an effective birth control method. Some of these mothers get the shock of their lives when they discover that they are pregnant and have to juggle two small babies. One major challenge these mothers face is the deciding to continue breastfeeding during their pregnancy. Imagine all the hormonal changes your body was going through during pregnancy- the painful breasts, the nausea, the back pain and oh the mood swings. These will surely affect one’s decision to continue breastfeeding as that can affect milk production.

Researches have shown that a significant number of children self wean during pregnancy because of the decreased milk production. But for mothers who decide to continue, the act of breastfeeding a toddler (or a baby) and an infant (not necessarily at once) is what is referred as Tandem nursing.

As long as a mother is well- nourished, her body has the capacity to produce the necessary needs of her baby and the unborn child. One of the most common problems tandem nursing mothers face is nipple soreness which is mainly due to the hormonal changes. Decreasing milk production can also make the nursing baby to suckle more and thus cause sore nipples. This can make nursing uncomfortable and the mother, moody.

There is also the fear of over using the colostrum by the older child but despite experiencing decrease of milk production at the beginning, it will pick up towards the end of pregnancy so the newborn will have sufficient amount of the nutritious milk he/she will need at the time of birth until the mature milk follows. Once the newborn joins the scene, the older child may self wean due to the change in the taste of breast milk and the mother might have to deal with sibling rivalry.

Tandem nursing can help a mother keep that special connection with her child but it can also become an uncomfortable experience in which case, she has to find ways of working around it such as limiting breastfeeding time and opting for cuddling only or topping up with cow milk and more solid foods. Tandem nursing seems to also help with morning sickness while for some it worsens the nausea.

When the older child is under 18 months, mothers are most likely to continue nursing despite its challenges because the benefits weigh more.  But as demanding as it may be, it can be quite a special experience to continue breastfeeding both until the need for weaning arises. Do you think you have what it takes to do tandem nursing?

This first appeared on The Standard on 28th May 2017