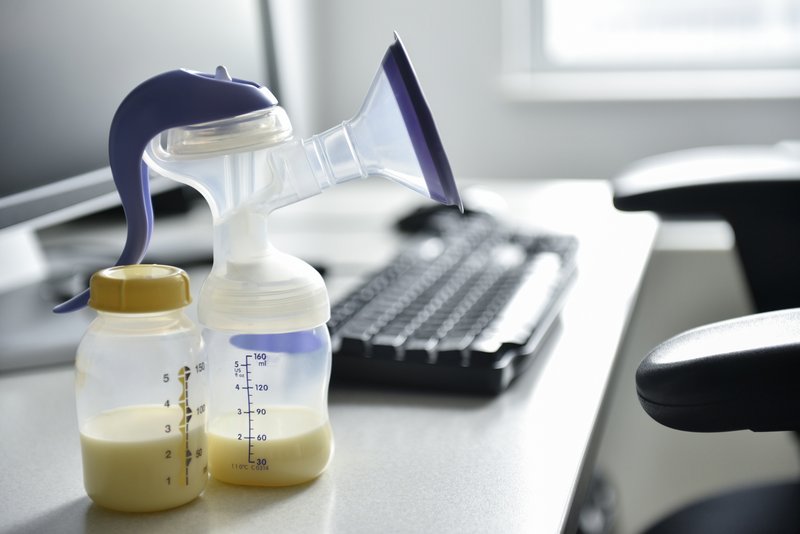 I was fortunate enough to exclusively breastfeed my daughter for six months.  Though I had plans to go back to work after four months which then moved to six months and then indefinitely put on hold because of my separation anxiety as well as other reasons. Had I gone back to work, I don’t know how I would have dealt with pumping, working and spending the whole day away from my daughter.

From my conversations with a number of new mothers who went back to work after their maternity leave, exclusive breastfeeding was their ultimate resolution until they reported back to the office. Lack of clean and private place to express, decreased milk supply and lack of support from their supervisors forced most of them to abandon their plan and start giving  formula to their little ones.

One mother told me that it is one of the most painful experience she has gone through. She said, ‘The first week I resumed work was difficult. Since the only place I could express from was the toilet, I only expressed when my breasts became very painful. I was constantly in pain because my breasts were engorged. The toilet was very dirty so I used to throw out the milk for fear of the hygienic risks. By the third week, my milk supply decreased so fast that I stopped pumping and by then my son was barely four months old. To know that I was not able to exclusively breastfeed my son because I had to work made me depressed. Even when I made peace with it, the process of finding the right formula was difficult and very costly.’

As much as the bill sounds good to the ear, the implementation will most likely be challenging to follow upon. With businesses always on the lookout for ways of cutting costs, the burden of securing another room with the necessary facilities for mothers as well as according them with enough breaks for expressing might be something companies want to avoid by refusing to hire women. Moreover, women might comply to work without the breastfeeding facilities for  lack of opportunities even with the hefty fine of 500,000Ksh on the companies when they fail to do so.

The organization I worked with previously only hires women and made sure that mothers are given all the privileges they need to meet the demands of exclusive breastfeeding and taking care of a child during the first year. For that reason, the team has a unique unity and dedication that stands out. (Which was why I also wanted to go back.) Business should know that for every minute a breastfeeding mother spends catering for her child unbothered, she will give back in folds efficiently.

But until the bill is passed, pack up your cooler bag with your gears as well as your baby’s picture for better milk production.

This first appeared on The Standard on 9 July 2017