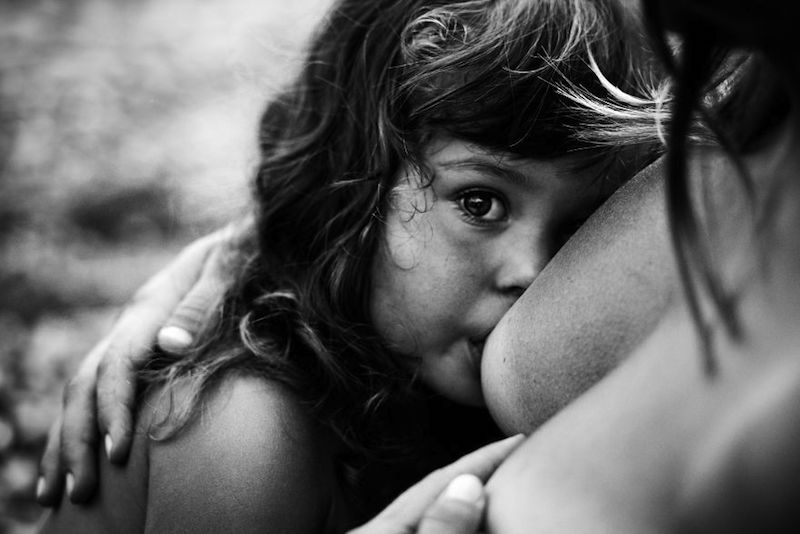 It was just like the other day when my sweaty hands were fumbling as I tried to breastfeed my daughter for the first time. It felt so sophisticated until I got used to it and started breastfeeding, eating and talking on the phone at the same time. I always say, ‘one of the most touching moment I share with my daughter is breastfeeding time especially when she looks at my eyes.’

As we approach 18 months, most people are asking me when I plan to wean her. My first plan was at 24 months but as I learn new things and the bond I have with her, I am now open to extending that if she would want to continue. Worldwide, babies are weaned on average between ages 2 and 4. In some cultures, breast-feeding continues until children are age 6 or 7. (mayoclinic.org) WHO officially recommends mothers breastfeed until three years of age.

I have seen how most people (including mothers) are disgusted when they see an older child breastfeeding. I personally find it normal because I saw my younger brother breastfeeding until he was four. I remember how he would come from school and run to our mother who is usually busy with something, flip her top open and breastfeed while standing. I don’t remember people discouraging her about his breastfeeding at the time but attitudes toward breastfeeding has changed a lot since then. The hyper sexualized society we live in now mostly believes breastfeeding an older child creates an adverse attachment and/or too much dependency and is a disgusting thing to look at as well.

But does extended breastfeeding have benefits?

The ‘white gold’ is an amazing liquid because it can cater to a child’s nutritional need even as she grows. It has a lot of long term health benefits both for the child and mother.  Children who breastfeed for extended periods of time are healthier overall; they have better vision and hearing as well as a strong immune system with reduced risk of developing health problems like diabetes and heart diseases. A number of studies also suggest that they are smarter (my brother is a top student) and easier to discipline. Extended breastfeeding also reduces the risk of uterine, ovarian and breast cancers in mothers.

I remember weaning my brother was a torture the whole family went into together. His non-stop tantrums were unbearable at night and he bit her very hardly even when she gave up and tried to nurse him. Mother must make it clear that they not human pacifiers and breastfeeding is for food and bonding not a soother. Unless the weaning process is gradual by preparing them emotionally through discussion (because they are old enough), it might be difficult.

For mothers who decide to extend breastfeeding, one of the most difficult thing they deal with is negative reactions from others. Our society has mostly ignored the way our mothers brought us. We are rushed into training our children to be independent as early as possible with self rocking cots, bouncy seats and baby monitors. But there is so much to be gained from cuddling and extended breastfeeding including a physically, socially and emotionally nurtured child. As hard as it may be, you need to do what’s best for your baby and for your own family.

This first appeared on The Standard on 30th July 2017